RAMI FISCHLER – DIRECTOR/PRODUCER
Rami has travelled the world studying and making films. Born in Jerusalem, Israel he spent time in military service before travelling Europe and living in the Netherlands for 4 years where he studied sound design and languages (French, Spanish and Dutch). He completed his BA (Hons) in Audio engineering in Sydney, February 2005. He has been working in the field of Audio-Visual arts for the last 6 years, firstly as sound recordist / designer and now as a director and production coordinator.
Currently Rami directs for the Sydney based production company – Total Perception – making TVC’s, video clips, and corporate films. His other skills include: Writing, producing, audio editing/mixing, video editing, and motion graphics.

Rami Fischler is participating in 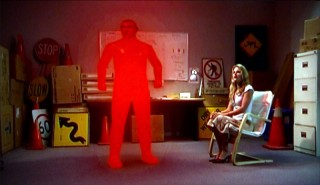