1977
Graduated in Architecture from the University of Malta.

1966-1996
After 30 years of being a painter and graphic artist he turned to creating multi-disciplinary works.

2002-2005
Committee member of the Malta Council for Culture and the Arts.

Since 2001
Director of GOZO contemporary, an art space offering artist’s residencies on the island of Gozo.

Norbert Attard is participating in 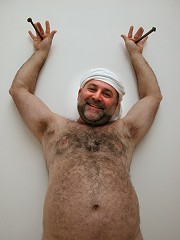