Elif Ayiter is a graphic designer, artist and design instructor, living and working in Istanbul, Turkey. After graduating from the School of Applied Fine Arts in Istanbul with a BFA she obtained a Special Advanced Diploma in Art and Design from the University of London Goldsmiths College. She went to the United States on a Fulbright Scholarship where she got her MFA from the Pratt Institute, Brooklyn, New York.

Elif worked as a graphic designer both in New York and Istanbul, in both freelance and art directorial capacities. She has exhibited her art work in Turkey with Urart and Nev Galleries from 1989 to 1999.

Since 1993 she has worked fulltime as a design faculty member at Bilkent University, Ankara (1993-1997), Bilgi University (1998-2001) and Sabanci University (2001-present). She is currently studying for a doctoral degree at the Planetary Collegium, University
of Plymouth, UK.

Elif Ayiter is participating in 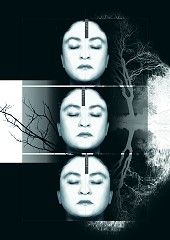