was born on Novembar 10th 1960. in Zagreb. She graduated from Culture and Art High School in journalistic photography and journalism, then got her degree in political science from Zagreb College for Political Sciences. After fifteen years of professional career, most of which was with «Večernji list», the daily paper with the highest circulation in Croatia, she left her career in journalism and devoted herself to painting. Since then she has been exhibiting at home and abroad.
At the Olympics of Visual Art – ARTIADE 2004 in Athens, which took place at the same time as the Olympic Games, she represented her country as the Cultural Ambassador of the Republic of Croatia with her work «Ahavah – Love». She had been selected in the world competition among 4500 artists from all over the world.

Jasenka Vukelic is participating in 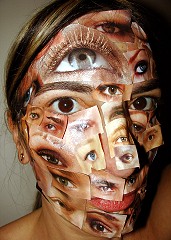