John and Mark Lycette, formed Lycette Bros. in 1997, together they create a broad range of digital media including online interactive productions, installations and animations. The Lycette Brothers work is widely regarded and continues to be exhibited and awarded around the world. Lycette Brother’s work changes to suit each project, while maintaining an attention to detail and craftsmanship, it has been said their work falls somewhere between art and design. 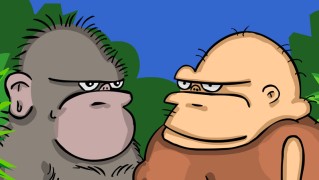