Frederik De Wilde studied painting, sculpture, audio-visual arts & followed a pre-education in architecture. He studied one year of philosophy and worked as a
self-thought dancer for dance compagnies. Frederik concluded his studies with a post-graduate degree in new media, arts & design where he was initiated in software programming (MaxMsp, Jitter, Quartzcomposer, Reaktor,…). Furthermore, Frederik studied & worked abroad. For instance, at the Johnson Atelier Technical Institute of Sculpture, Trenton, NJ, USA.

As a workshop leader he has mainly been working for Groep-T (new media engineers) at the University of Leuven & as a researcher involved in cognitive science projects at the University of Brussels (VUB) or as an artist and workshopleader for the Istanbul Museum of Contemporary Art.
This scientific touch is blending in his artistic practice. For example; the project ‘Still Things,’ a multidisciplinary three-part project in the interstice between installation, performance and visual art. Cryogenic applications where used to stop or at least challenge biological processes and therefore, time itself.
Together with art historian Ils Huygens he researched the process of freezing time.

Furthermore; He is regularly commissioned for making video-clips, trailers, soundscapes (The Kaaitheater -NRK, Argos vzw, Radio Klara, …).
Frederik is currently external councellor and coach of the 3th bachelors in materialphysics at the University of Hasselt. 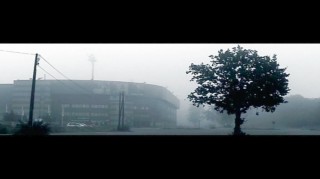